It’s Saturday morning. It feels like a morning off. Like a weekend should be. It’s wet and grey but quiet. Living just off the high street, I can hear the buses and the cars go by. I have worked weekends for quite a few years now, in some shape or form and you adjust your life accordingly so sitting here feels out of the ordinary. I went to bed around midnight and woke up some time around 6am – typical for me. Woke up with a busy mind of what has been and what will be. My mind and body both battling it out, making sense of what is actually going on here.

Just glanced down at my arm, a little bruised from the intravenous cannula (small plastic tube & needle) inserted into a vein to slowly pump fluids and chemo into my system. It took 3 attempts to pop the needle in. I have never been squeamish about having blood taken or watching needles go into my veins to take blood out or inject things in. I can see that it doesn’t take long to run out of veins to be needled if you had this done on a regular basis. There was an old boy next to me and I glanced over and saw his arms and the cannula battle scars.

0800am kick off – Thursday was a long day – my first day. I actually arrived bright and early at 730 as I always do wherever I’m going – too early sometimes. I had done a recky a few days prior so I knew where the ward was. It was quiet and the ward was slowly coming alive. I took a seat having checked in and waited. People slowly wandered in, and my mind started wondering too – who are these people – patients, nurses ….? A chap sat down a few seats away with his earphones on– what’s up with this guy I wondered?

I felt like the new boy on the block. unfamiliar territory, as I was called in to bay 1. A ward with quite comfy chairs lined up on each side, a couple of others wandered in with me and we chose our chair. I finally left that chair at about 4pm that day.

The nurses once again where great. What a busy, non-stop job they have making sure everyone is getting pumped full of whatever it is they are being pumped full of. A big responsibility but another day at the office for them, I guess. As the day went on it got a lot busier. Patients coming and going perhaps for an hour or all day, like me.

I was a little nervous but I also composed myself too. I was given a chart to register how many cups of water I drank and how much pee, I peed. I spent the day literally sipping water and peeing into a measuring jug. I know the chemo takes its toll on the kidneys and the nurses needed to closely monitor fluids in and out. I think I must have won the prize for trips to the loo – was very conscious of that. They pumped me full of fluids and things that the chemo strips away. Several hours went by. By then I had got used to the machine attached to me pumping me full of liquids through the cannula. I had become quite adept at unplugging myself, taking myself and the pump (which was on wheels) to the loo.

Then it was time for the 1000ml of Cisplatin to be pumped into me. That’s the Gold seal standard Chemo although it comes in many different cocktails depending on your particular cancer etc. I had wanted to read all the packaging and understand how the monitor and pump worked just to keep my own handle on things.

Before my Chemo cocktail arrived I was given a cup of Anti-sickness pills. Happy to take those –down the hatch.

I read the labels on the fluid bags with my details on them – confirming quite happily that they were, indeed, my bags, my medicine. The Chemo would take about 2 and half hours to filter on down into me. I read the label and saw the words CYTOTOXIN. I didn’t dwell on that too much – afteral, when you hear the word chemo one does tend to think toxin and side effects.

I want to embrace the chemo as a healing elixir- Yep, a kick-ass medicine that was going to cleanse and mop up! I was driven to keep drinking water, to keep my kidneys firing up. I drank 18 cups of water and probably peed about 3 and half litres that day – it felt good too. They did pump a fluid into me to encourage the trips to the loo too I should add. It helped pass the time too, let’s face it.

I read a little, smiled over at people, chatted a little although I was happy to keep myself to myself. I just felt I didn’t want to engage too much and explain where I was along the journey I had recently started off on. I had made a chicken sandwich which I munched on and off throughout the day.

My radiation session was booked at 2pm with a briefing beforehand. By then I had had my Chemo cocktail. I was a little edgy as time was running over but all the departments communicate with each other so I hadn’t anything to concern myself with.

I was escorted downstairs to the Radiotherapy area. A bit of a wait, no surprise. It must be a logistical nightmare. 60-90 patients are seen here daily, I was told.

I met up with 2 members of the radiotherapy team, one of whom was clearly training so she was being observed. After 10 minutes of clarifying what was going to happen, side effects etc I waited in the seating area to be called in.

Thursdays are the double whammy of Chemo and Radiation.

I was more nervous about this treatment. I had gone through the mould making, preparation and trials and today was the day. You enter into this room with this big machine that’s going to zap you. It feels almost alien, in my mind it’s an intelligent machine, a bit like Hal, in space odyssey 2001 except this guy doesn’t talk, no noise only the sound of it taking up position around me – that’s how I saw it. Once again, I wanted to embrace the radiation as a healing energy – this bad boy really is going to kick ass. And as the weeks go by I am really going to feel it – rough with the smooth, is my maxim.

I hadn’t had the mask on for a week and they said the plastic will have hardened up making it even more of a tight fit – yep, a tight fit indeed but this is crucial. Onika, who had made the mask, was there to make sure all went smoothly which was very reassuring. I joked and said are you here to hold my hand – for a split second, I thought that would have been quite nice. At any time, when we need reassurance, human contact and presence is important. It’s a huge leap of faith and you have to trust these guys to do their part of the job.

I was still strapped to my pump and had to strip off rather awkwardly, I layed down flat and just calmed myself and remained perfectly still as the radiotherapy team made sure all the lasers and numbers added up as they positioned me on the table. I could feel my blood pumping all around my neck and shoulders due to the tight fit.

They assured me that as they left the room they would be keeping an eye on me via the monitors and that I should make a signal if I needed assistance – I did a practice thumbs up and we were good to go.

The machine then moved slowly into place like it was introducing itself to me. Hey big guy, I said in my mind, as it loomed over and around me. I should point out that it was a guy that sprang to mind rather than a gal – he lacked the grace and finesse and shall we say the necessary curves to conjure up something more feminine, plus I’d already had HAL in my mind.

So much for my digital music compilation to listen to whilst being zapped. It turns out there’s just a cd player. I hadn’t any cds so I just lay there and slowly counted the minutes away, as the machine emitted its healing rays. The team swooped backed in about 10 minutes later and unlocked me from my Meshk – treatment one, under my belt. I was a free man. Back up to the Chemo ward to finish the pumping of the fluids and another trip to the loo!

Blood pressure and vitals checked. A nurse came over and handed me a bag full of goodies – anti sickness drugs, she talked me through them and I was once again, free to head back out into the ‘normal ‘world. This hospital is a living and breathing organism. People coming and going all the time. Having been in there all day it was good to get out into the fresh air,! for me, this hospital world will be my ‘normal’ for a few weeks.

When I got home I wanted to go over the drugs that I needed to take. I looked at the one box and I thought it said Dom perignon?! It actually said ‘Domperidone’ similar though right? – I am partial to champagne, certainly a good way to remember this particular anti sickness drug.

All in all, a very busy week. Back and forth each day. I spent the day in and out on Tuesday in the Nuclear Medicine ward having my kidneys and bloods checked every few hours and Wednesday I was back in meeting up with the a chemotherapy nurse to give me a heads up about Thursday and the weeks ahead.

After my first day of treatment, I arrived home in time to see my 16 year old son, Elliot, head off to his school leavers’ ball. He was going to a lovely old manor house for the evening and then to an undisclosed location for the less informal affair of meeting up in a field for the ‘real’ after party. I have added a pic my son and me before he went off in a big american truck with his friends to ride around town before heading off to the old manor house in the sticks.

I am tired. Yesterday evening I had provisionally planned to meet up with some friends but as the nurse said, listen to your body. I was wasted, a slight temperature and a tad nauseous but this was probably as much to do with the build up of tension during the week and my stomach also settling down with the PEG that was fitted last week – that seems along time ago.!

I missed meeting up with my buddies. I felt frustrated and irritated but try as I might I couldn’t make it.

So, for a while, weekends will be my rest days in a way – A routine, that I’ll work out as each week goes by.

I just need to wind down from this week and simply let my body catch up and take the anti sickness pills to keep that under check.

The grey skies have lifted into a blue and blustery day – I need some of that fresh air and some food too, although I don’t feel that hungry and that is unlike me – I haven’t had my breakfast yet and its almost midday.

Signing off for now.

I hope all is well in your worlds. 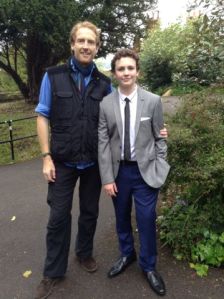 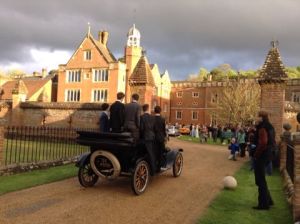 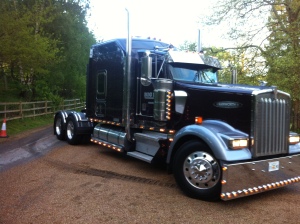 6 thoughts on “Dom Perignon as an anti sickness drug?”